We have tried to make a movie program with movies that people not normally would get the chance to see.

Times and titles may change 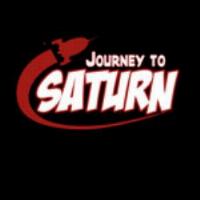 Based on the graphic novel by Claus Deleuran, Journey to Saturn tells the tale of what happens when a Danish crew of misfits travel in space to find natural gas. The movie premieres in 2008, but on Eurocon some of the people behind the movie tells about the work with the movie.

Himmelskibet / A Trip to Mars 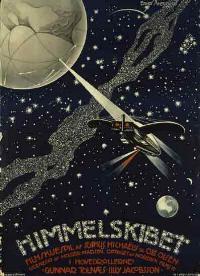 'Himmelskibet' / 'A Trip to Mars' is a danish produced Science Fiction silent film from 1918, actually it is the first feature length science fiction movie in the world.
Avanti Planetaros has been exploring the world and turns now to the sky, determent on exploring Mars. He builds the spaceship Exelsior, and gathers a crew for the trip. Avanti reaches Mars, and finds it populated by people that are living in a society of harmony. 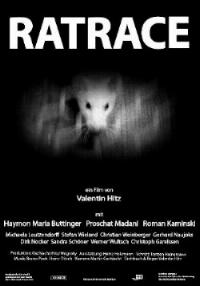 Film by Valentin Hitz, 1998.
"Kater disembowels humans for his boss, the doctor. Organs are in demand. For the rat races also, where he never wins. His time is up. he is searching for Maria, his former love, and learns what it means to live without a brain, without memory."

Frankenstein vs. The Creature From Blood Cove 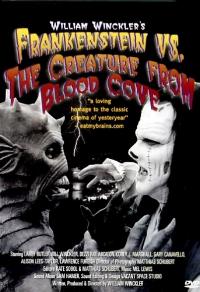 Near an isolated beach on the California coast, in a laboratory of horror three renegade scientists have resurrected Frankenstein's long-dead monster. . . the legendary, indestructible corpse has come back to life yet again! At the same time, they've biogenetically engineered a half-man, half-fish abomination, intending to use both brutes as weapons in the worldwide fight against terrorism. However, disaster strikes when the chemical brainwashing used to control the terrifying beasts fails - instead of stopping terror, these invincible fiends spread terror! The horror begins when the amphibious beast claims its first victims - gorgeous models and their crew shooting a glamorous photo spread on the beach! Rescued and held hostage by the scientists, the survivors of the grisly rampage must find a way to escape both their mad captors and the rampaging monsters, and warn the world of the horrific danger! Shot entirely in black and white, William Winckler's FRANKENSTEIN VS. THE CREATURE FROM BLOOD COVE, is a loving homage to the classic horror films of the 1940s and the Atomic Age "creature features" of the 1950's.
Read more on the movies website:
www.williamwincklerproductions.com

The Wings of Honneamise 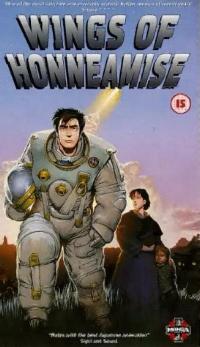 Surrounded by a cynical public and corrupt, manipulative State leaders, the Royal Space Force (RSF) is largely viewed as a joke as well as a waste of precious money and resources. After a chance meeting with a young, empathetic woman reencourages cadet Shiro Lhadatt to become the first man in space, the RSF cadets and a team of aging scientists rush to complete their epic launch before the military uses their space program as bait to start an all-out war.

Star Wreck - In the Pirkinning 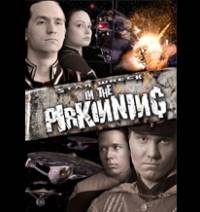 Star Wreck: In the Pirkinning is a feature-length sci-fi parody, seven years in the making. It is the product of a core group of five Finns, and over 300 extras, assistants and supporters. The film combines world-class visual effects, a rough-and-ready sense of humour, and a passion that provide the basis for the first-ever Finnish science fiction adventure.

Star Wreck: In the Pirkinning is not your run-of-the-mill parody aimed solely at Star Trek fans. It is a motion picture for everyone with a taste for action, humour and zany characters. It is the story of Emperor Pirk - a star fleet commander who declares himself a global overlord and decides to expand his reign beyond the farthest reaches of the universe. The story that unfolds amidst the space battles is a stark reminder of how dangerous the mixture of ambition, cowardice and stupidity is.
www.starwreck.com

Language: Language: Finish with English subtitles
Time: Saturday 10.00-13.00. After the movie the director ­Timo Vuorensola will tell about the movie and ansver questions. 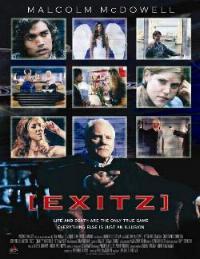 Malcolm McDowell (Clockwork Orange) leads the cast in Laurens Postma's EXITZ, a multi-layered thriller about love, deceit, illusions and virtual reality. EXITZ threads together the glamorous world of beauty pageants and millionaire mansions with the harsh side of London's immigrant community and illegal work force. It tells the story of two young lovers caught in a spider's web of intrigue and duplicity.

Malcolm McDowell is Percy – a computer games tycoon – who masterminds a new kind of virtual-reality entertainment. A game that mimics real life with terrifying consequences.

In EXITZ characters and events generate their own choices and trajectories. We enter and travel through the complex maze of life. An intriguing web of choices which life "offers us and our characters" at every turn. Life is about what you make it, but games are about winning and losing EXITZ is a dark romance with life that twists itself into an intellectual thriller and takes the genre a step further.

Everyone gets drawn into the game. Not everyone survives.

Directors Statement
Surveillance requirements have been raised to an inane high level of priority in nation-states around the world, following the attacks of 9/11. This massive increase in routine surveillance of citizens has to raise questions of sociological interest regarding the intensified means of technology-dependent governance common to all western countries. How effective are all these high- tech surveillance measures in procuring security? The quality of social existence in a corperatocracy is affected directly by the routines of everyday life. Games in all its forms are fast becoming an essential routine ingredient of our panoptic day to day existence. Life in a way seems to become more and more "game-like". In the film the ultimate surveillance and above all the ability to influence this viewed surveillance is the object of the game and a possible reflection of what might be in store. The story centres around a powerful man who plays this new "constructive surveillance game" and yet finds himself at the end of it all, despite having won alone, surveilling what?
Laurens 2007

Language: English
Time: Saturday 13.00 - after the movie the director Laurens Postma talks about the movie and ansvers questions. 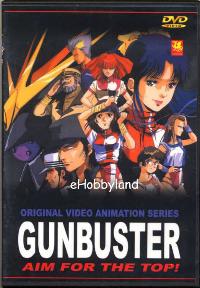 Gunbuster is the story of Noriko Takaya, a young girl who is trying to walk in the footsteps of her famous father, Admiral Yuzo Takaya. It chronicles Noriko's trials and tribulations as she struggles to become a pilot of the massive robot Gunbuster. With the help of Coach Ota and her friends Kazumi and Jung, Noriko conquers her fears and learns one of the most important lessons in life: Believing in one's self. 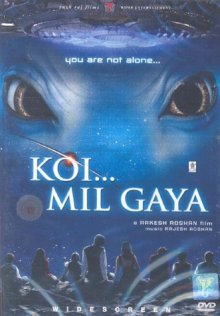 Kol Mil Gaya (Bollywood-science fiction film)
Rakesh Roshan's Koi Mil Gaya is the story of Rohit Mehra (Hrithik Roshan) who shows the world that friendship is truly universal. Sanjay Mehra (Rakesh Roshan) is a scientist obsessed with establishing contact with extraterrestrial life. He invents many innovative gadgets till finally he succeeds in creating a computer that can transmit messages to space. His foresight becomes reality when as a response to his signals; a spaceship is sighted in the sky. But before Sanjay can enjoy his success, his wife Sonia (Rekha) and he meet with a horrific accident where Sonia survives but Sanjay loses his life. Sanjay's son Rohit is born; a mentally challenged child who faces ridicules in every phase of his life. His lone companion is Nisha (Preity Zinta) whose compassion draws her towards Rohit. One day Rohit discovers his father's old computer and calls Nisha to help him use it. Both of them are completely fascinated by the images and instructions that appear on the screen and relentlessly experiment with the gadget not realising the impact this would have. The whole town witnesses a blackout and a bizarre phenomenon. in an incandescent glowing sky. a colossal spaceship is sighted. However more strange findings were in store for Rohit's town - a pair of footprints not belonging to man or animal is found. What do Rohit and Nisha find out? Is danger lurking somewhere close? A nation holds its breath. 'Koi Mil Gaya' is the first sci-fi film made in Hindi, with the finest special effects ever been created in Indian Cinema. With 'Koi Mil Gaya', Rakesh Roshan has once again created history after the phenomenal success of 'Kaho Naa. Pyaar Hai', which catapulted Hrithik Roshan to dizzying heights.

Zombiewestern - It came from the west 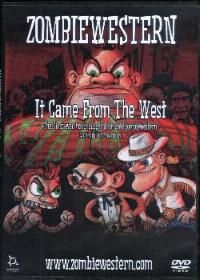 Virgil lives alone with his bully father and a mute bartender and he is being mocked by the two tough cowboys Eddie and Hank. Because of The Dark Butcher who has been terrorizing the local Indian tribe, the Indians see no other way, than bringing the dead to live by performing The Forbidden Rituals. When the Zombies suddenly attack the saloon, action begins and true characters are brought to daylight. The film is inspired by Sergio Leones's classic Westerns as well as the legendary films by Peter Jackson and George A. Romero and there are several references to the genres to be found in the film. The style is a mixture of hand held puppets and animation. Besides the funny characters and the gory action, it is the richness of highly prepared and surprising details that makes this film a unique experience full of dark humor.
www.zombiewestern.com 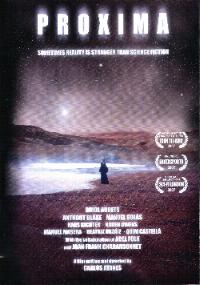 A renowned SF writer is at a local convention to talk about his work. As he takes the podium he renounces his work as utter fictional rubbish and declares that he has found a portal to another world, orbiting the start Proxima. “Simply listen to my new book-on-CD and be delivered, he proclaims. Unsurprisingly, this bizarre announcement is not well received by his fans. But Tony, the owner of a specialist DVD and video store is attending the conference, and being an open-minded dreamer buys the disc to try it out. Are the strange visions he starts to experience real? Have a selected group of humans really found a shortcut to the start Proxima? Could there really exist a conspiracy on Earth to aid an invasion by an alien fleet? And is the super-strong armour he’s made to wear really “invisible” or is he simply an emperor parading round in new underpants?.
Written and directed by: Charlos Atanes­
www.welcometoproxima.com 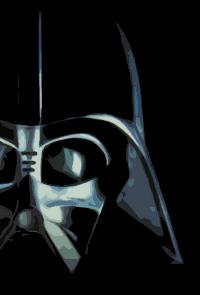 Fan made films in the Star Wars saga. Amongst the fanfilm shown are Not 2B Toyed With 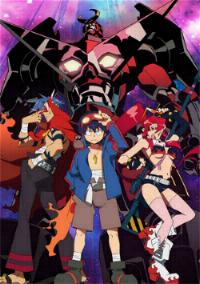 Nono is a clumsy waitress who dreams of becoming a space pilot. One day, she meets Lal'C Melk Mark, a member of the elite psychic pilot team "Topless". But when space monsters appear from out of nowhere to wreak havoc on Mars, Lal'C calls out her Buster Machine - codenamed "Dix-Neuf" - to subdue the threat. During a battle with a Space Monster, Lal'C gets the surprise of her life when she sees Nono use her super-strength to help Dix-Neuf destroy the alien. From that point, Nono hangs along with Lal'C in hopes of becoming a member of Topless.